Roger Searle lived in this flat while working as District Officer in Tanzania. The building was originally a fort built by the Germans in 1905. According to Searle, it has an internal courtyard, offices, armory and storerooms on the ground floor and was designed for all-round defence. There were four flats on the upper floor for the District Officer, Agricultural Officer and PWD Foreman, as well as one Rest House. 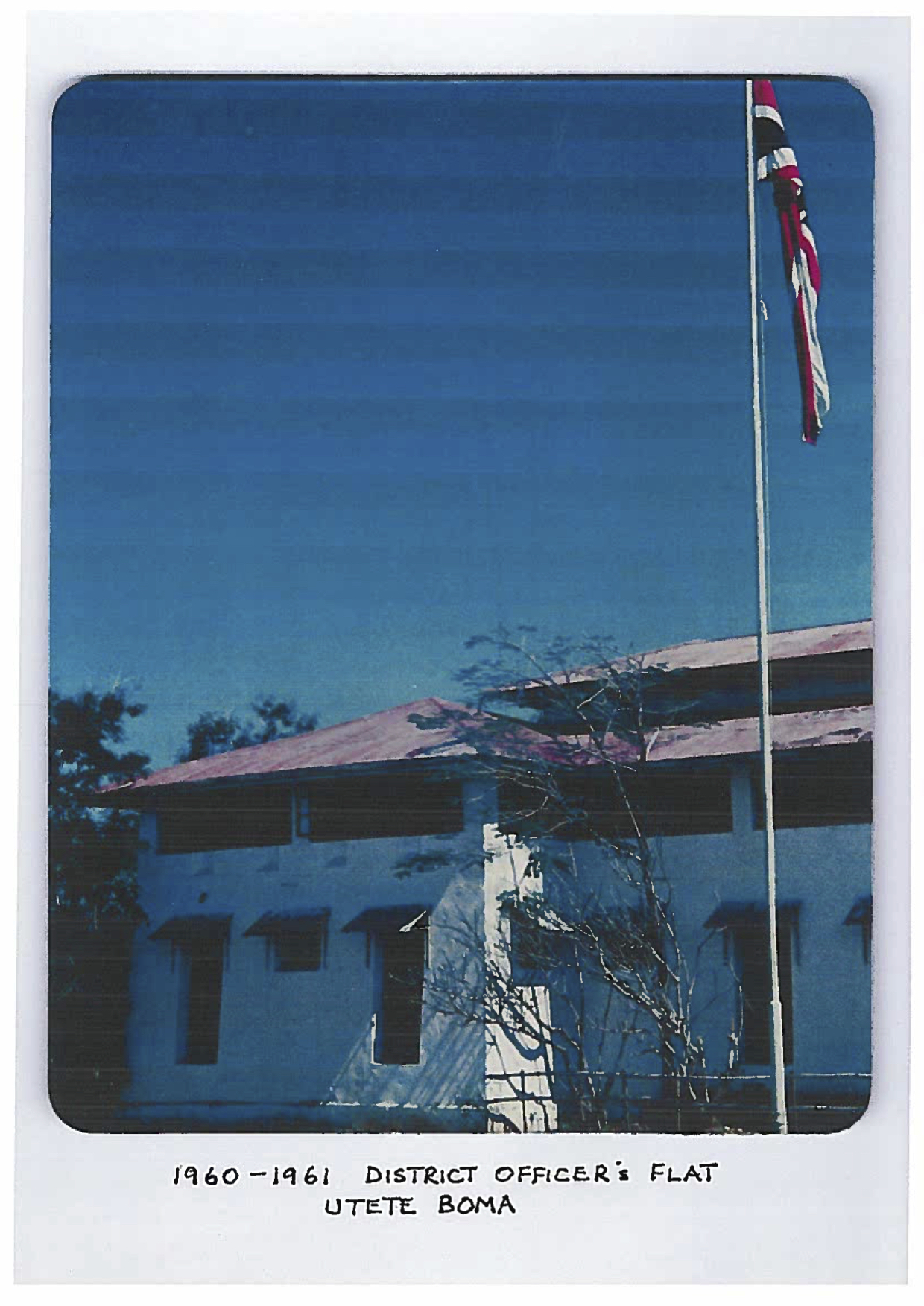